Home › Bible › God and Politics in the UK – the adventure continues

God and Politics in the UK – the adventure continues 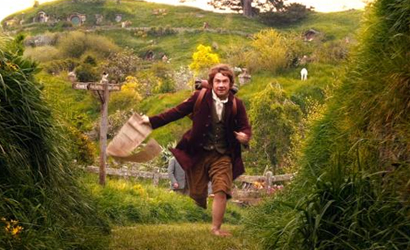 God & Politics has now merged with the Archbishop Cranmer blog. Gillan can still be reached through the Contact Page. You can still follow all of his writing via the Facebook Page and Twitter. Otherwise please head over to ARCHBISHOP CRANMER.

This weekend marked a significant milestone in the life of God and Politics in the UK. Saturday’s post was the 500th at this site. To be honest I have no idea how I’ve managed to put together what must be easily in excess of half a million words since I launched it back on November 30th, 2011. The way this site has grown from a chance to share my thoughts with a few friends on Facebook to being currently ranked as the most influential Christian blog in the UK is in my mind a miracle.

I’ve talked previously on here about how God birthed the vision for this blog. I never set out to make this site a tool for my own self promotion; in fact it was quite the opposite – I was reluctantly dragged into it. Consequently I’ve never really felt God and Politics has been mine. It belongs to those who read it and to God as least as much as it belongs to me. It has cost me a lot of sleep and eaten up most of my free time and the question I’ve asked God repeatedly is ‘How long do you want me to keep going?’ because I know God will not start something unless it is capable of fulfilling the purpose He has given it.

Back in May I was prayed for by Bishop Sandy Millar who used to lead Holy Trinity Brompton Church until he retired and Nicky Gumbel took over. Without knowing my situation he gave me a very specific word. Just a few days prior to that, Adrian Hilton who runs the widely read religion and politics blog, Archbishop Cranmer, had asked me if I would be willing to come on board and work with him as he relaunched the Cranmer website. As I’ve prayed over these events and thought them through over the subsequent weeks, my heart has felt increasingly strongly that it was time to take things forward and let go of God and Politics.

It has been a turbulent time adjusting to that decision. I have made so many friends through this blog. I know there are many people who have an attachment to it and have been incredibly supportive. It has been successful in many ways, which makes laying it down all the more harder. However I know that if we hold on to things in life too tightly we can hinder God’s bigger plans. As Matt Redman’s worship song, Blessed be Your Name goes: ‘You give and take away. My heart will choose to say ‘Lord, blessed be your name’.’

So the time has come to draw things to a close here. This is not a death, more a step on to new things, even though I have little certainty of what lies ahead. Some have criticised me for the move to a more political blog, but I have been given full editorial control of what I write without strings attached, which is a very gracious offer. I have also begun writing monthly articles for Christian Today, which is also taking my writing to new places.

All I can say is thank you to everyone who has been part of this adventure of God’s so far. to all of my guest writers, to those who have commented and shared articles over Twitter and Facebook, I want to say how much it has all been appreciated.

I will continue to link to my posts and articles on Twitter and on the God and Politics Facebook page. The discussion forums at Archbishop Cranmer are busy but not too scary. They will certainly benefit from much of the wisdom that has been posted here.

There has been one particular Bible passage that has kept popping up in my pieces along the way. To me this sums up so much of what God and Politics is about; it focuses on society, politics and culture, but really it is all about God and how He is at the centre of it all:

For the message of the cross is foolishness to those who are perishing, but to us who are being saved it is the power of God. For it is written:

Where is the wise person? Where is the teacher of the law? Where is the philosopher of this age? Has not God made foolish the wisdom of the world? For since in the wisdom of God the world through its wisdom did not know him, God was pleased through the foolishness of what was preached to save those who believe. Jews demand signs and Greeks look for wisdom, but we preach Christ crucified: a stumbling block to Jews and foolishness to Gentiles, but to those whom God has called, both Jews and Greeks, Christ the power of God and the wisdom of God. For the foolishness of God is wiser than human wisdom, and the weakness of God is stronger than human strength.

God’s kingdom is counter-cultural. It shuns the established norms and turns secular wisdom on its head. It offers something much better and eternal than the plans of men (and women). For all of us who seek to follow God, we have a part to play building that kingdom and working to make this nation one where God’s justice, mercy and love is not just confined within the walls of our churches. In the words of an amazing Rend Collective song:

This is God and Politics’ farewell, but for all of us God’s glorious adventure continues and I hope you will continue to share my part in it with me.