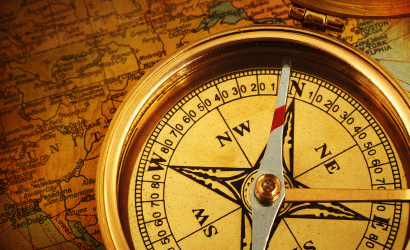 A little late to the party on this…

Over the last few weeks a battle for the heart and soul of our schools has intensified as we’ve witnessed the repercussions of the Trojan Horse episode that has engulfed a handful of Birmingham schools. What started out as an investigation into the Islamisation of state schools has raised a host of thorny issues with four distinct groups wading in to fight their corner; Muslims, the government, secularists and faith schools.

The hardest of these groups to pin down – in terms of their agenda – are Muslims. It would be wrong to generalise about what Muslims want from our education system, or at least from those schools whose students are predominantly from a Muslim background. The news has obsessed itself with the supposedly organised plot to take over non-faith state schools in England by Islamists and run them according to their beliefs and ideals, but of the 200 complaints filed against 25 predominantly Muslim background schools, surely a large proportion of these will have come from Muslims themselves.

Moderate Muslims, who are willing to embrace many aspects of British culture do exist, but it’s been hard to find voices from within the Muslim community being broadcast that have criticised what has been happening in the Birmingham schools. Most of those who have been on radio and television have been defensive, criticising the Ofsted reports of the investigated schools as political propaganda and dismissive of the findings. Salma Yaqoob, former leader of the Respect Party who now leads the ‘Hands off Birmingham schools’ group is a case in point. On Question Time on June 12th she managed the impressive feat of having the entire rest of the panel including three MPs from different parties disagreeing with her vehemently over her support for the governors and leaders on the Birmingham schools at the centre of the row.

It has become very difficult to draw the line between hard-line Islamists who have been blamed for attempting to infiltrate the schools and pushy parents who are very conservative in their outlook. In 2007, the Muslim Council of Britain, which is a self-appointed umbrella body for 500 mosques, schools and associations, produced a document entitled ‘Meeting the needs of Muslim pupils in state schools’, which set out to ‘promote greater understanding of the faith, religious and cultural needs’ of pupils from an Islamic background. In it there are recommendations that Muslims should be allowed to be exempted from various parts of the curriculum. For example: ‘dance performances before a mixed gender audience may also be objectionable’, ‘studying forms of music and drama that may raise religious or moral concerns for Muslim pupils and parents’, or that pupils should not be exposed in schools to ‘potentially harmful forms of music’. It also suggests that special provision should be made during the school day to attend prayers, especially on Fridays and that certain lessons are stopped during Ramadan.

Amongst some sensible methods of promoting understanding there are a large number of points that would significantly alter the way schools are run and some of these are reflected in a more hardline fashion in what has been happening in Birmingham such as removal of music and sex education from the timetable.

There appears to have been a rapid realisation in government over the last few weeks that multiculturalism and diversity has its limits when it comes to education and that forceful imposition of narrow religious values and activities on non-faith schools goes beyond a point of acceptability even if those schools are producing good exam results. Ministers have become quite agitated to the point of falling out over concerns that the inherent values of this country are being undermined in these schools and need to be protected and enforced to stop them becoming hotbeds of extremist Islamic thinking and breeding grounds for anti-British sentiment.

Whether these schools have started promoting radical forms of Islam or have just been increasingly run along the line of more strict forms of Muslim thinking, there is an uncomfortable truth that is emerging: equality has its limits.

Equality, which is essentially a good thing, has been a guiding ideological light over recent decades. There has been significant and welcome progress on race relations, equal pay for men and women and most recently, the introduction of gay marriage.  The Equality Act of 2010 has its protected characteristics listed as age, disability, gender reassignment, marriage and civil partnership, race, religion and belief, sex and sexual orientation. Most of these can sit quite comfortably alongside each other, but religion can be troublesome. The Equality Act effectively implies that all religions plus non-religious belief are of equal value. So Islam has the same worth and recognition as Christianity or atheism. What is now entering the public consciousness is that some Islamic beliefs and interpretations do not fit easily with how we would like to see our education system run. There is a clash with British values, even if we’re having trouble defining what they actually are. Much of this comes down to integration into our wider society and treating all pupils and staff with equal respect, which has more to do with human rights than values as such.

The problem is that you can’t just tell schools to teach British values and expect everyone to adhere to them overnight. Values are inherited and imbued into hearts as well as heads. They go to our core and are not easily changed. British values have developed and changed over the centuries as our society has moved forward, sometimes for the better, sometimes not. Hopefully this episode is a reminder that one of those British values is that we hold the highest is respect for those things that have proved their worth. Andrew Lilico wrote this on the Conservative Home site a few days ago about our attitudes to different religions (not just Islam):

‘We should not seek to treat all religions equally. If your religion burns widows or mutilates girls’ genitals or demands folk be murdered for drawing cartoons, we don’t need to treat it the same as a religion that advocates free will, humility, obedience to the authorities, orderly conduct, self-discipline, self-denial, self-sacrifice, that in Christ there is neither man nor woman, slave nor free, Jew nor Greek, toleration of those we disagree with, respectful and orderly debate, and so on.

‘As for “British values”, insofar as they mean anything at all, “British values” are Broad Church Anglican values – they are the creation of a particular form of Christian understanding that evolved in Germany and was applied in fullest effect in England. There used to be a requirement that schools teach Christianity and have a predominantly Christian assembly each day – but anti-Christian “liberals” wiped all that away, not appearing to grasp that it was Anglican Christianity and Anglican values that create and protect secular liberalism.’

A recent YouGov poll found that although a majority of those surveyed believed that government funding for faith schools should cease, there was a 4 per cent margin of support for Church of England schools compared to a 40 per cent margin of opposition to Muslim schools. Is that because C of E schools reflect British values, which in turn in many ways reflect broad Christian values? Or is it because church schools have proved their worth over time. After all, long before the state decided to take on the role of maintaining education in this country the churches were there educating those children who couldn’t afford to pay for their education. The reason we still have church schools now is a result of that legacy.

When groups muscle in and seek to impose their agenda on our schools, we quite rightly get upset and annoyed. This could be Islamists seeking to impose their worldviews on schools by manipulation and pressure, or equally the humanists and secularists who have taken this opportunity to launch another salvo of attacks on faith schools. Sadly their misguided beliefs that removing faith from the school environment may well win them support from those concerned about what has been going on in Birmingham even though not one of the schools under investigation is a faith school. The issue is not that faith schools are inherently wrong or bad, but that religious belief is being applied from outside in an inappropriate way to fundamentally alter the way some schools are being run – something that even faith schools are not allowed to do.

If British values are to mean anything, there are some things we need to get straight. The importance of religion in many people’s lives cannot be ignored. Nor can its influence on the values we hold. If we think secular liberalism has all of the answers and can produce a set of values that will tie our society together, we need to go away and think a lot harder. There needs to be a moral foundation that cannot be created out of nothing. Too many of our leaders have little understanding of religious belief in general and of the differences between individual religions. Lumping them all together under the Equality banner and assuming everyone will want to play along nicely is a recipe for disaster. It’s when we study and learn to understand different religions that we can begin to make sense of where they are coming from. Christianity has had a big part to play forming our ‘Britishness’. Islam has not.

For too long the moral compass that our society has passed down through the generations undergirding our values has been neglected. As Islam has become more prevalent, the more extreme forms have met little opposition as multiculturalism and equality have frowned upon interference. Tolerance has been the name of the game and we have been left not knowing which way the compass was pointing. It’s when we brush the dust off it and start observing it again that we realise that there are certain values and actions that rather than being tolerated, even if we disagree with them, need to be challenged and addressed. If we are to have a society that is at relative peace with itself and functions effectively for the good of all of its people then we have no alternative.

Like Loading...
‹ #mynextbuy: A Simple Idea for a Complex Issue
Assisted suicide and right-to-die cases have nothing to do with our ‘rights’ ›