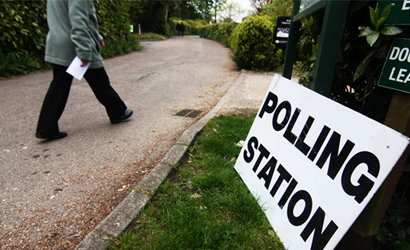 So the election frenzy is over for another year. Thursday’s Newark by-election result proved that though UKIP may have caused their main political rivals a severe headache at the European elections, they still have some way to go to make a significant impact at next year’s General Election.

We now begin the long run-in to next year’s big event and Nick Clegg is already making noises today, attempting to rally his beleaguered troops and spur them on for the overwhelming job that lies ahead for the Lib Dems.

It’s been a fascinating few weeks speaking to friends and colleagues about their voting intentions and thoughts on the current state of play in British politics. When I was speaking at a Christian conference a couple of weeks ago I thought it would be interesting to open things up and ask those attending about their attitudes towards the current political environment. I’d hoped a few people might be willing to air their opinions, but I needn’t have worried. It quickly morphed into a heated debate with plenty of strong feelings and frustrations being poured out. If anyone came along thinking Christians might be apathetic towards politics, they would have quickly changed their minds.

I saw something similar happen last summer when Stephen Timms MP spoke at the New Wine festival in Somerset. During the Q&A session at the end, a large queue of questioners formed waiting their turn to speak into the microphone. Being Christians the tone was polite, but also forceful as point after point was raised about the real and perceived failures of our party political system and what needs to be addressed.

As I’ve listened to people speak, hosted a series of guest blogs from Christians with affiliations across the political spectrum and analysed research I’ve seen distinctive trends emerge. What I’ve found is that many Christians are broadly in agreement, when it comes to political opinions. This agreement is not along the traditional lines of left/right politics though, which may explain why there is both so much disillusionment amongst Christians towards the way our democracy is run and also why politicians struggle to win genuine support from Christian voters.

There is a paradox amongst Christians in that they are far more likely to vote than the general population, but also find a difficult tension in aligning themselves too closely with any political party. The reason which comes up time and again is the underlying concern that tying yourself to a party involves making compromises and for Christians faith comes first. Supporting a party that stands for things you disagree with whether it be attitudes to welfare, abortion, or gay marriage is often uncomfortable or even impossible. Tribal politics which continually attempts to bring down the opposition at all costs and attacking certain sections of society does not fit with an approach of loving your neighbour and seeking the best for others. Voting is done with noses held as the ‘least of a bad bunch’ is chosen.

This partly would explain why I’ve seen several Christians who take their politics seriously vote for UKIP this time round. It’s not that they have any love for UKIP or a great desire to leave the EU, but rather they have such little faith in the main parties that  a chance to challenge the status quo, giving our party leaders a reason to reflect on how well they are doing their jobs is seen as a worthwhile exercise.

Such a level of discontent is of course not confined to those of a religious persuasion. This is an ongoing issue of a perceived out-of-touch Westminster elite that is affecting most voters’ view of politics. Christians are no different in this respect and in many ways their voting behaviours are similar to their next door neighbours’. According to a recent study by the Christian think tank, Theos, which party can best run the economy is the primary reason for Christians to vote for a particular party, followed by immigration concerns (although personally I have seen very little evidence of the latter). Most people, irrespective of their beliefs are sensible enough to understand that if the economy falls apart, it impacts every area of society. The question comes down to who is trusted to run the economy well and how the wealth generated should be distributed.

Christians will disagree on approaches to these issues profoundly. There is much that could be said on this but what I frequently see is that by nature Christians tend to have socialist leanings when in their own environment. By this I mean that churches and Christians are particularly good at looking after their own . If someone is in need, congregations are very likely to rally round and support them, sometimes in incredibly generous ways. This was the approach of the early church where, ‘All the believers were together and had everything in common. They sold property and possessions to give to anyone who had need.’ (Acts 2:44,45).

Much as we would love our society to function in this way the reality is that whilst this attitude may work on a micro-scale where everyone is united through their belief, it is not possible to transfer this up to a macro-level, especially as not everyone will be united in compassion for those around them or in a possess a willingness to contribute to the greater good. The question that divides Christians across the political spectrum is how and to what extent the government can force its citizens through laws and taxation to do what Christians are expected to through the teachings of the Bible.

This is a disagreement over pragmatism rather than morals and values. Behind this though, there is much in common. If you look at the guest posts from earlier this year from Christians advocating different political parties and also research I carried out at the start of last year, it’s clear that it is the moral issues that get Christians worked up, not what is best for them as individuals. How the poor are treated is a common theme as you would expect, as are families, marriage, religious freedom, the environment and the integrity of our leaders. I’ve seen Christians with a variety of political persuasions united in wanting to see the government treat the poor with dignity and fairness. There is a collective social conservatism too that longs for greater support for families, a rejection of morality free capitalism and an upholding of some more traditional social structures that does not see all ‘progress’ as positive.

If there were political movements that encompassed these attitudes they would probably bear some resemblance to Phillip Blond’s Red Tory or Maurice Glasman’s Blue Labour. Both of these identify how both left and right have failed to create a state that serves its citizens with a moral compass. They take inspiration from Catholic social teaching and place high value upon politics that serve local communities and the common good. David Cameron’s much trumpeted but poorly executed Big Society had roots in these political philosophies. This approach to political thinking is radical because it forces politicians from all sides to challenge the ways they approach governance and accept that religion and morality is a necessary component of a society that functions well.

It’s interesting that David Cameron went out of his way to talk about the importance of his Christian faith at Easter. There is seen to be a lack of integrity in a political system that is inhabited by robo-politician MPs, spouting party propaganda: “Blah, blah, COST OF LIVING CRISIS! Blah, blah…” Cameron went out of his way to open up, be honest and risk being shot down. It doesn’t get him off the hook with plenty of Christians I meet who are still angry about the way 600,000 signatories were completely snubbed and ignored because they disagreed with same-sex marriage last year, but what he did do was acknowledge that Christianity has something to offer this country.

Many Christians deep down believe the values and principles of their faith have much to teach those who hold the reins of power. This is really what the Christian vote looks like in the UK. It’s a desire to see this country changed for the better, for politicians who are real people, who show that they care more about the vulnerable in society, than they do for their own standing and for them to work together more rather than go at each others’ throats week after week.

The thing is if you put this sort of approach to most people irrespective of their beliefs or politics, they’d probably agree with it. The Christian vote is really the vote for a more ambitiously moral politics that values its electorate and any party that takes it seriously is bound to reap the rewards both for itself and the nation.

Like Loading...
‹ Justin Welby’s call to convert this nation is no joke
Oxfam’s perfect storm, poverty and yet more examples of Christians providing answers ›