Home › Church › Is the Church of England now the Labour Party at prayer?

Is the Church of England now the Labour Party at prayer? 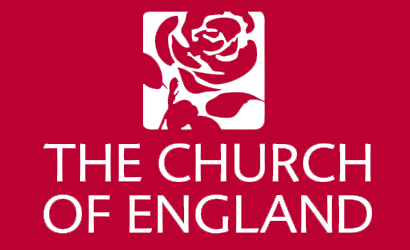 As far as whether we see ourselves as a Christian country, it appears beyond doubt that David Cameron has won the argument. Other than a few awkward secularists the vast majority of those who have given their views in public over the last few weeks are in agreement that the Christian roots that run deep through our culture are still of value and importance to us as a society. This was again reinforced by the results of a poll earlier this week carried out by the Conservative Home website, which found that of those responding, 85 per cent believe that the UK is a Christian country. It also found that 65 per cent believe that politicians should ‘do God’. This is interpreted by the site as a belief that they should be able to speak freely about their faith if they have one – and so they should. Certainly amongst grassroots Conservatives there appears to be strong support for David Cameron’s public references to the Christian faith.

This was the breakdown:

Although not explicitly stated, there is a good chance that members of the Conservative party haven’t been overly pleased with the large number of bishops who have supported the recently launched End Hunger Fast campaign. Using the media to full effect to call on the government to end food poverty has been widely interpreted as a stinging criticism of Iain Duncan Smith’s reordering of the welfare state. The label of ‘the Tory party at prayer’ would seem to be little more than a distant memory now that the bishops are so keen to champion those who have been hit hardest by this government’s welfare reforms whilst simultaneously firing shots at bankers and payday lenders. Has socialism become the political philosophy of choosing for those at the top of the Church of England? Should the C of E be more accurately described as the Labour Party at prayer?

Looking a the evidence, it would be quite easy to assume that this has been the case for some time now. The Church of England produced a number of reports doing battle with Conservative welfare policy the last time the party was in power. In addition to Faith in the City (1985), there was Not Just for the Poor (1987) and Welfare – a Christian Option (1989). The bishops have gained a reputation for being Guardian reading lefties, of which Rowan Williams, who famously described himself as a ‘hairy leftie’, has been the most prominent in recent years. The Rev Keith Hebden who is a founder of the End Hunger Fast campaign is an associate of the left-wing Christian think tank, Ekklesia and the head of the Church Army, Mark Russell, put himself forward as a potential Labour Candidate for the General Election.

It’s not hard to find those on the left in prominent positions in the Church of England. And yet recent research by the Christian think tank, Theos has found that Anglicans are significantly more likely to vote Conservative, and the more frequently they attend church, the more likely they are to vote that way. Justin Welby talked of his respect Iain Duncan Smith and refused to criticise his welfare reforms in a recent interview on LBC radio. Possibly the most famous Anglican parish church in the world, Holy Trinity Brompton (HTB), has Ken Costa as its Chairman of Alpha International and church warden. Previously he was Chairman of Lazard International and an internationally respected investment banker. Their Leadership Conference at the Royal Albert Hall last weekend has had Clare Chapman, the Group People Director at BT Group as a main speaker. Last year the programme featured speakers from other multinationals including Goldman Sachs and Deutsche Bank. Big business and Christianity are certainly not incompatible in the eyes of HTB.

The difficulty with describing a church or Christian denomination as left or right-wing is that it assumes that it approaches politics with a certain ideology as a political party would. Religious organisations and political groups are fundamentally different of course – their primary aims are far from being close. Churches will rightly feel the need to engage with politics when they observe what they see as injustice. Christians are called to show compassion towards everyone, not just fellow believers, but ultimately the Christian faith focuses on salvation through Jesus Christ. Any political  engagement is a consequence of following his teachings rather than a principal aim. Christians are not commanded to follow a political philosophy because the teachings of Jesus and the Bible do not fit snuggly into our modern democratic party-political system. As Heather Tomlinson wrote in an article yesterday for Christian Today:

‘Yet really, any kind of political tribalism goes against the spirit of Jesus’ teachings. It cultivates pride and condemnation, and usually leads to our ignoring one part of His message for the sake of another. Jesus loved the rich Zacchaeus as much as the poor leper. He didn’t shout at Zacchaeus for not giving his money to the poor – he loved him, and there was change as a result. Jesus loved Margaret Thatcher just as much as He loved Tony Benn. And really, we can’t be sure how He would have assessed their political views.

‘It’s clear that Jesus is very concerned that we help the poor – but he didn’t say we should do it with taxes and through the State. No political party has a monopoly on social justice. There are people who care about poverty throughout the political spectrum. The Conservatives are often condemned for their policies on welfare and benefits. Yet one of their senior advisers in the DWP is Philippa Stroud, who spent time with Christian heroine Jackie Pullinger among the slums of Hong Kong, set up several homeless hostels in the city of Bedford, and wrote a book called God’s heart for the Poor. You can hardly accuse her of not caring.’

Christianity looks outward from within. It is not a real faith unless there is inward transformation that flows over affecting how each of us acts and lives. Governance by its very nature cannot address this and neither can what we define as left or right-wing politics.

Many of the dividing lines we encounter in politics come down to money and how it is used and distributed. Clare Chapman, speaking at the HTB Leadership Conference on Monday said that, ‘The pursuit of wealth isn’t the core problem, it’s that becoming your only purpose… My sense is that values and purpose are absolutely at the core to making ambition something that can create abundance as opposed to something that can become an addiction.’

It’s the way that politics attempts to deal with unhealthy ambition, our lack of ability to share wealth, without being forced to and the practical working out of values that begins to separate Christians along party lines.

Last week, Christians on the Left posted an interview with the well-known and respected American social activist, Shane Claiborne. On the surface he is about as left-wing as a Christian can get, but once you probe deeper it becomes apparent that defining his politics along a left-right spectrum is not so straightforward. In part of his interview he made these points:

‘I love how Martin Luther King engaged our world; he was very engaged politically. He insisted that we are to be not the chaplains of the state but the conscience of the state. We shouldn’t let what’s happening in that [political] arena define us, but we read all of that in the light of Jesus and scripture.

‘One of the problems I see with a lot of folks who engage politically is that we misplace our hope; we place our hope in a candidate or in a party rather than in Christ. That’s where our hope is and we align ourselves with whatever’s going to bring us closer to that.

‘The thing we’ve always got to be careful of is boxing the kingdom of God into a political ideology, or into one party. Is Jesus a capitalist or a communist? Jesus wasn’t anything that ended in -ist or -ism; Jesus was love incarnate. There’s a great quote: ‘Once we’ve really learnt to love our neighbour as ourselves, capitalism as we see it won’t be possible and Marxism won’t be necessary’.’

If having compassion for the poor and vulnerable and acting on it classes you as left-wing then that would automatically apply to all Christians who take their faith seriously. What really is happening is that the Church is currently doing a pretty good job of holding the current government to account and in some ways being a much more effective opposition on a number of issues than the Labour party. This should be the case for the Church of England though, whichever party is in power. If the C of E by being a form of national conscience is not impressing some Conservative members then is that such a bad thing? But if people think that the Church is overtly left-wing, then they miss the point too. As Shane Claiborne has said, despite what some may think, Jesus was not a socialist.

Like Loading...
‹ Hope into Action: A 21st century model for unleashing the Church’s financial potential
Does this make you angry too? – The real point of Christian Aid Week ›