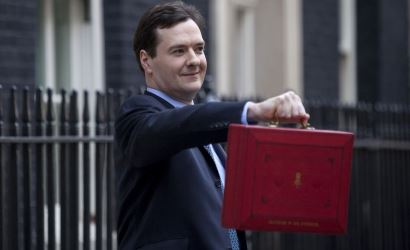 Whoever loves money never has enough;
whoever loves wealth is never satisfied with their income.
This too is meaningless.

As goods increase,
so do those who consume them. And what benefit are they to the owners
except to feast their eyes on them? (Ecclesiastes 5:10,11)

Is it me or are we becoming increasingly obsessed with money? This opinion is probably a little clouded as I write this by the endless coverage of yesterday’s budget with commentators lining up to discuss who will be better off than whom and who the winners and losers are. According to the rather crass Conservative poster doing the rounds last night the big winners are hard-working people who love nothing more than a pint of beer and a night out playing bingo. Hmmm.

Think about it though. We’ve been talking endlessly over the last few weeks about food poverty and those who are in real difficulties struggling to make ends meet. Justin Welby’s comments have got us talking are everyone’s least best friends; the bankers and payday lenders. On Tuesday Nick Clegg was talking about childcare costs and Ed Miliband along with the shadow cabinet can’t stop going on about the cost of living crisis. Ever since the financial crash back in 2008 it feels as though we’ve been talking about very little else.

So much of this has been divisive setting the haves against the have-nots and everyone against the have-more-than-enoughs, which almost always is someone else. Oxfam released a report on Monday that told us that the five richest families in the UK are wealthier than the bottom 20 per cent of the entire population. That’s just five households with more money than 12.6 million people – almost the same as the number of people living below the poverty line in the UK. A previous report published prior to this year’s World Economic Forum in Davos, stated that the richest 85 people on the planet own the same amount between them as 3.5 billion people who make up half the world’s population.

It’s hard not to react angrily to the injustice of these numbers. Our sense of fairness recoils at the obscene wealth of the elite few whilst 800 million people around the globe live in extreme poverty on less than one dollar a day. Those extremes are nowhere near as bad in the UK – we have to remember that we are still one of the richest countries in the world with an extensive welfare system – but that doesn’t stop poverty leaving its painful scars everywhere we look. Yesterday I read an excellent article by Simon Jenkins in the Guardian lamenting these inequalities:

‘It is not the billionaire homes, the non-dom status and the tax scams that are shocking in themselves but the fact that regulators – that is ministers – have allowed them. Labour’s failure to curb bank oligopolies and the Tories’ failure to call the bonus bluffs at Lloyds and RBS are what exaggerated the gap between wealth and poverty. Bankers are Putins, bullying and bluffing their way across Whitehall.

It’s not just wealth in itself that is divisive, it is the politics of wealth and poverty too. Ed Miliband brought us back to this yet again in his predictably negative Budget response speech:

‘This is Cameron’s Britain 2014. 350,000 people going to food banks. 400,000 disabled people paying the Bedroom Tax. 1 million more people paying 40p tax. 4.6 million families facing cuts to tax credits. But there is one group who are better off. Much better off.

‘We all know who they are. The Chancellor’s chums. The Prime Minister’s friends. The Prime Minister rolls his eyes, he doesn’t want to talk about the millionaire’s tax cut. No mention of it in the Budget speech. The beneficiaries of this year’s millionaire’s tax cut. Because if you are a City banker earning £5m and you are feeling the squeeze, don’t worry because they feel your pain.’

To desire fairness in the distribution of wealth is a just pursuit, but I wonder how many of us mix that sense of fairness with envy and jealously towards those who are well off and comfortably getting by without any financial worries. Hating others just because they have more than us is of no value and shows that we are slaves to the desire for more wealth as well. Jesus said that we will always have the poor with us and so will we always have the rich too – just in smaller numbers. With an economic system such as ours it is inevitable. The question is how much we expect those a the top end to give up their assets and earnings to support the rest of us. Just 1% of Britons pay a third of all income tax. Is that enough? If not, do we want them to pay more into the system because we are resentful or because we believe it would be for the common good? And if we were to become rich ourselves would we still have the same expectations? Those who believe that the rich should contribute more need to make sure they apply the same attitude to themselves.

In the book of Proverbs in the Bible it says this:

Give me neither poverty nor riches,
but give me only my daily bread.
Otherwise, I may have too much and disown you
and say, “Who is the Lord?”
Or I may become poor and steal,
and so dishonour the name of my God. (Proverbs 30:8-9)

Wanting neither too little nor too much is both sensible and wise and can allow others to be blessed as a result. So many of us choose to give some of our income away in order to benefit those who have less than us, because we see it as important to share what we have. There are some individuals with huge fortunes who are doing this to change the world. Bill Gates who talks in the latest Rolling Stone magazine about the way his wife’s Catholic faith and the morality of religion have inspired him, has ploughed $28 billion into his charitable foundation to enhance healthcare and reduce extreme poverty around the world. Andrew Forrest, the Australian mining magnate and Christian has pledged to use part of his £3 billion fortune to eradicate the trafficking of women and girls for sex and other forms of 21st century slavery by the year 2020 though his Walk Free foundation. He also brought the Anglican and Roman Catholic churches together on Monday to form the Global Freedom Network in order to work together to achieve the same goals.

We also need to remember that the sharing of wealth is not sufficient to fight the causes of poverty. Welfare bureaucracy, drugs, crime, lack of education, family breakdown and debt all need to be tackled too. Calling on politicians to address the explosion of foodbanks is only a start. We need a form of politics that works prudently within the constraints of the current financial situation whilst at the same time also seriously attempts to address the imbalanced unfairness at both ends of the spectrum. We will always have both rich and poor, but the state cannot be allowed to shirk from its responsibility to ensure that its actions do not allow the rich to take advantage of their privileged position or cause the poor to become unbearably poor as a result of their deprivation.

Like Loading...
‹ Addressing the taboo of death: “All of us are dying, some just don’t realise it”
Churches can empower communities in ways that government overseas aid never will ›