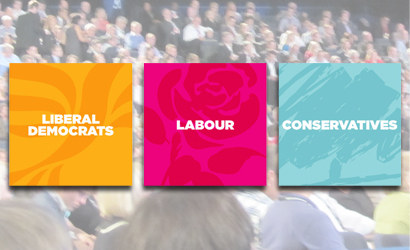 Today’s post is written by Richard Chapman who is the Church of England’s head of parliamentary affairs. He spends most of his time in Westminster working closely with MPs and peers in the House of Lords. As part of his role he has attended all three main party conferences this year which surely entitles him to some sort of prize! He tweets in that capacity as @churchstate and you can read a bit more about his role here.

I think I now qualify as a party conference veteran. For the past four years I and my colleagues in the parliamentary office of the Church of England have attended the three main party conferences, watching, engaging, learning and affirming, whilst enduring more than our fair share of early starts, late nights and meals of complimentary vol au vents.

Though Fraser Nelson announced the death of the party conference last year, it remains the ultimate total immersion experience for those of us whose work involves the business of politics or who are, like me, self-confessed political geeks.  This year Tom Harris and Jacob Rees-Mogg put the case for and against party conferences. Both identified the expense and a decrease in grassroots influence as markers of how the events have changed in recent years. That’s true; though as Rees-Mogg observes, whilst the centre of influence has shifted decisively away from the conference floor, it’s now to be found on the fringes. There are an increasing number and variety of panel discussions and receptions provide the space where policy is debated, challenged and dissected, and where MPs, ministers, delegates, interest groups and journalists rub shoulders and lock horns. And, though it’s not often reported on, it’s also where a substantial amount of ‘God-doing’ goes on.   Over three weeks in the autumn of this year in hotel function rooms, churches and Quaker meeting houses in Glasgow, Brighton and Manchester, Christian groups and organisations have come together to engage with and pray alongside those who carry the burden of governance.

The CofE aren’t the sole church representatives on the circuit – far from it. For many years now a formal delegation of leaders from the Baptist Union, Methodist Church, Quakers, Salvation Army and United Reformed Church has visited the conferences together. As the URC’s Michael Jagessar wrote on his blog: “the aims of these visits and engagement include: an opportunity to meet politicians from the respective Parties, offer solidarity where appropriate, build relationships, offer a visible presence/support for the vocation of those involved in politics, to emphasise the significance of Christian engagement in politics and on the public square, and to bring to the attention of politicians some of the shared concerns of the Churches, either to highlight issues or to influence policy making. These visits also afford Churches an opportunity to visibly work together (which always impresses politicians) and to also support Christians who are involved in the political life of their Parties”

For us, attending party conferences also offers an opportunity to show that the CofE is interested and engaged in the political world; indeed is a part of it. It’s a chance to raise topical concerns with ministers, MPs and stakeholders and to make connections that we can follow up in Westminster. It’s also a very useful way to renew our links with the many NGOs who we work with on parliamentary issues during the rest of the year.

This year we’ve attended meetings on and discussed child poverty, ethical finance, credit and debt, marriage, assisted suicide, welfare reform, immigration and human trafficking, amongst other things. And colleagues in other churches have gone a step further and hosted fringe events of their own.  Caritas Social Action Network (the social action arm of the Catholic Church in England and Wales) for the first time held events at Labour and Conservative conference on prisoner voting rights. It’s an issue most politicians would like to sweep under the carpet, so Caritas offered the only space on the fringes where it could be actively discussed.  In Manchester our friends at the Salvation Army hosted a fringe event on Universal Credit, at which welfare minister Lord Freud was asked by my CofE colleague about the impact of continuous payment authorities (CPAs) used by payday lenders on the poorest in society. Freud’s response to the question made the Guardian.

The fringes and the exhibition halls inevitably have something of the political carnival about them, with leafleters and lobbyists trying to outcompete each other with their attempts to grab the attention of passers-by. A 10 minute walk into the conference centre would involve my being prayed for by street preachers, labelled a ‘badger-killer’ by angry animal rights activists, distracted by a giant inflatable white elephant labelled ‘HS2’, given leaflets by the Coalition for Marriage and invited to go on a rowing machine by the Charities Aid Foundation. In previous years the CofE has played a part in this, with the dioceses of Manchester and Chichester hosting stalls to engage with delegates about their work in the local area and bishops taking up invitations to speak on the fringes.  And this year I went along to hear (though disagree) with the CofE’s Canon Rosie Harper on the issue of assisted suicide legislation at a fringe event hosted by campaign group Dignity in Dying.

Always visible in the exhibition centre are the Christian organisations for the three main parties – the LibDem Christian Forum (LDCF), Christian Socialist Movement (CSM – shortly to become ‘Christians on the Left’) and the Conservative Christian Fellowship (CCF). Every year they’re active on the fringes, hosting debates, prayer breakfasts and the conference church service at which politicians and activists join with the local worshipping community. These services and prayer events more often than not act as the most effective bridge into the local community – where conference becomes a participatory exercise and not just something the city has ‘done to it’. The church service is a place where the great work being carried out in the area by Christian-based organisations in fighting poverty and deprivation is often brought to the fore.

So it was good to see Ed Miliband address the congregation at the CSM conference service at OneChurch Brighton at Gloucester Place Baptist Church, in a service with a strong social justice theme, featuring IJM UK, the Medaille Trust and Pete Greig of 24/7 Prayer. Several MPs and Peers were amongst the worshippers, including Stephen Timms who as CSM’s chair and Labour’s vice-chair for faith, has been an unwavering advocate for the involvement of religious people in public life.

And in Manchester David Cameron recorded a video message that was relayed on giant screens to the many hundreds gathered under the roof of !Audacious Church prior to what the CCF’s Colin Bloom (not often known for his understatement) described as ‘lively worship’. The Anglican Bishop of Bolton addressed the congregation, sharing billing with, amongst others, footballer Fabrice Muamba, MP David Burrowes and Patsy McKie of Mothers Against Violence.  The CCF’s impressive conference stall, which brought under one umbrella a number of Christian NGOs, provided a visual reminder that it is an organisation clearly continuing to grow in strength and confidence within the Conservative party.

In Glasgow, as well as a traditional Sunday service at Kinning Park Parish Church, the LDCF launched its book of essays from MPs and Peers entitled ‘LibDems Do God’ and heard from Duncan Hames (Nick Clegg’s parliamentary private secretary) on how his faith sustains him in politics.

Part of the appeal of the fringe is that it always has an air of unpredictability about it. The events staged by the Christian fellowship groups weren’t exempt from this.  At a CSM fringe event on keeping money local, the ‘No Nukes’ activist (who with his dog had been wrestled to the ground on Brighton seafront the day before by Damian McBride’s publisher) was keen to challenge the panel to ‘abolish money’. To his credit Jonathan Reynolds MP tried to respond. During the next week, the CCF’s prayer breakfast on modern slavery was hijacked by representatives from a range of Manchester churches protesting ‘the bedroom tax’. But in the nature of these things it went off terribly politely and the dissenters moved outside to pray and hand out leaflets.

Although their fringe events emphasised different themes (the LDCF highlighted faith as a key agent in creating political vocation; the CSM focused largely on economic issues; the Conservatives on international issues of religious freedom, aid and human trafficking) discernible threads unite them. The first is a deliberate subordination of the political below the religious in their encouragement to people of faith to enter public life. LDCF, CSM and CCF have for several years modelled a politically ecumenical approach to supporting Christians who want to pursue a vocation in public service. It’s a heartening example of cross-party cooperation that ought to be taken up more widely. The second is the obvious value that the party hierarchies place on their work, illustrated by the willingness of high-ranking party figures to publicly affirm their mission through messages and attendance at events. It’s a welcome reassurance during an era of more vocal and political secularity that there continues to be space and a role for people of faith at all levels within party structures. Finally, and especially during conference season, they offer the bridge between the political world and local worshipping communities – linking politicians and activists with grassroots church activity, putting a spotlight on the transformational work happening in different parts of the UK.

For me, the conference experience is a mixed blessing. Yes, the round of detailed policy discussions, early starts and late finishes means it’s frequently exhausting. But equally it’s often energy-giving. Three weeks of rigorous mental exercise, useful networking and fellowship, leading into what are usually the busiest months of the parliamentary year.  Though at party conferences God may be most frequently found on the fringes, as any regular party conference-goer would agree, that’s no bad thing.  It’s on the fringes where all the action happens.