On Wednesday the Advertising Standards Authority (ASA) published an update on its ruling against Healing on the Streets (HOTS) – Bath.  Following a single complaint against the Christian group jointly run by churches in Bath who regularly go onto the streets  outside the Abbey and offer to pray for healing for passers-by, they were told that they could not produce any literature that suggested that God can physically heal.  They were also banned from posting testimonies on their website from people telling of how God has healed them.

If you want to know more about the background to this story you can read my original article on the ASA’s judgement back in February.

Following the initial ruling, HOTS – Bath appealed against the decision.  This is the first judgement and this is the updated one.

The big change in the latest ruling is that the ASA’s Independent Reviewer and the ASA Council have come to the decision that the ASA cannot stop HOTS – Bath’s from promoting their beliefs on their website.  HOTS – Bath have given this response:

‘We are grateful to the ASA’s Independent Reviewer and the ASA Council for reviewing and amending this decision, and confirming that there was a fundamental flaw in the original assessment of the complaint about our website.

‘The ASA has now confirmed that our website is not within its remit because the statements made on it reflect our beliefs and relate to a cause or idea – the website explains our belief that God can heal and provides information about prayer offered by our volunteers and therefore the ASA has confirmed that nothing on the website is in breach of the advertising regulations.’

By admitting that ruling against the website was outside their remit, the ASA has unfortunately demonstrated their own lack of judgement in regards to the original decision.  Given that their role is to make sure that companies and organisation stick to advertising legislation, it is distinctly worrying that they have shown a lack of understanding of the very legislation they seek to uphold.  Their conduct unfortunately undermines their reputation and vindicates the levels of frustration expressed by those supporting the work of HOTS which has included MPs and major Christian organisations. 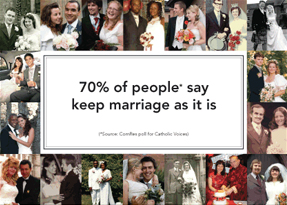 As an aside the ASA also ruled this week that this recent Coalition for Marriage advert run on some websites was not offensive.  Common sense dictates that they could not have come to any other decision, but the fact they chose to go through the formal investigative process again leads to the conclusion that there are some people at the ASA who are failing to do their jobs properly and misunderstanding the nature of their role.  You can read much more about this at Archbishop Cranmer.

It is a relief then that the ASA backed down on their decision against the HOTS – Bath website, otherwise the complaint raised against it could easily be applied against any faith organisation working in the public sphere.  The implication that statements of faith should be controlled under advertising regulations would lead to a ridiculous and unworkable situation.  Finally after a good deal of fuss, some sanity has prevailed.

It has to also be said that the ASA upheld the decision against the HOTS leaflet.  They still will not allow HOTS to state any beliefs relating to God being able to physically heal on any literature that they give out to the public.  HOTS – Bath have said that they have changed their leaflets  to reduce the chance of people misunderstanding what they are offering and to do their best to comply without watering down what they do, but this is not seen to be sufficient.

The ASA’s inability to differentiate between stating beliefs and stating fact is still concerning, as is their unwillingness to try to reach a satisfactory outcome with HOTS – Bath and take healing testimonies seriously, but if you look at the original leaflet it’s not totally surprising they had a problem with it.

This wording is quite sensational in its nature although for those who have seen and experienced the way God can heal, we know there’s nothing that is a lie.  What it does go to show is that Christians do need to be wise when we take our faith out into the marketplace and be aware of how others will perceive us, our beliefs and actions.  We mustn’t water down what we say for fear of upsetting or offending people, but we do need to do our best to make sure we don’t leave ourselves open to malicious claims or misinterpretation

In one sense this whole affair is not much more than a storm in a teacup.  The ASA has not stopped the work that HOTS – Bath are doing.  They have not changed the way that they pray for people.  They certainly haven’t stopped God healing people or caused those who have receive answers to prayer to doubt what has happened.

What has been achieved is that a single complaint from someone who disagreed with what they saw has resulted in the work of HOTS – Bath being talked about in the national media with some of those who have been healed being given a platform to share their testimonies.  An attempt to hinder the Gospel has instead become an opportunity for it to be spread.

Throughout history whenever attempts have been made to suppress the Gospel, they have failed.  When we see perceived or actual persecution of the Christian faith, we need to remember that God is quite capable of defending Himself.  Even when things appear tough, and I’m certain there are going to be plenty of tough times ahead for some Christians in this country,  we mustn’t forget that God is in overall control of things.  As long as we can hold on to this, we shouldn’t fear what lies ahead.

Thanks to Richard Barker for bringing this to my attention in advance.