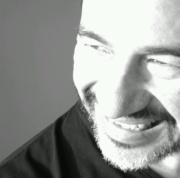 Following on from the Advertising Standards Authority’s ruling earlier this year that Healing on the Streets (HOTS) – Bath cannot mention that God can heal the sick in their literature and on their website, HOTS founder, Mark Marx wrote a response at the start of February updating HOTS groups round the country on the current situation.  Mark Marx is based at Causeway Coast Vineyard in Coleraine, Northern Ireland.  I have not put this in the public domain until now, because it was specifically for HOTS partners, however today the Evangelical Alliance published an article that explains much of what is in this letter, so now seems the right time to post it:

Some of you have been emailing about the recent ASA decision in Bath – http://www.asa.org.uk/ASA-action/Adjudications/2012/2/Healing-on-the-Streets_Bath/SHP_ADJ_158433.aspx

Our partners there have been added to a growing list of people accused of false advertising for claiming that God can heal people!

The adjudication relates to an older version on the HOTS leaflet – “NEED HEALING? GOD CAN HEAL TODAY!” However, in discussion with the ASA, Bath HOTS offered to include the words “We believe” in any references to healing and to include a more prominent reference to medical treatment as per the new leaflet. These suggestions were rejected by the ASA who offer the following advice, ‘Religious organisations may make claims about healing only if it is clear that they are referring to spiritual, not physical, healing.’ This restriction is clearly counter to what HOTS stands for.

Evangelical Alliance has for some time been working with the ASA to try to agree acceptable wording around healing. The ASA have made it clear that they will not accept any claim relating to physical healing. Their guidelines state that ‘the ASA does not arbitrate between conflicting ideologies’, but sadly they are now doing just that by going further and banning belief statements. Evangelical Alliance has now concluded discussions without agreement as the ASA are being so unreasonable.

Bath HOTS have indicated that they intend to appeal the ASA adjudication. Until that appeal is heard it will not be possible to offer definitive advice. However, it is worth noting that a number of lawyers have looked at recent decisions and believe the ASA has significantly over-reached its authority.

It is also important to note that the ASA has limited legal authority. The ASA is a self-regulatory body and its Code does not have the force of law. HOTS Bath have been found in breach of the ASA’s own rules by the ASA – they have not been found to be acting illegally.

We have been doing HOTS for six years now and God has really blessed this ministry, which has seen people healed throughout the UK and further afield. It is difficult for some who don’t yet know Jesus to understand that God can and does heal today. This ruling will not stop us from heading out on the streets each week and we hope it will not stop you. We cannot guarantee that the ASA will not adjudicate against others, but we can be certain that more people will be healed by God – that is what He does!

We will keep you updated as more information becomes available.

The Advertising Standards Authority appears to be in no mood to change its stance.  It believes it is able to disregard a core Christian belief and demand that Christians only refer to God’s healing in spiritual terms.  The effect of what they are saying is that Christians need a change in their theology and they are in absolutely no position to demand this.

I was very saddened to hear that the ASA was being so unwilling to work with the Evangelical Alliance to find a satisfactory way forward. Fortunately they have little power, but they can still cause churches and Christian organisations like HOTS a big headache.

Last summer I listened to Heidi Baker who works in Mozambique with orphaned and street children talking about the scientific study carried out involving her.  She often sees people there being healed through prayer and a research team came to study what is happening.  Those doing it were amazed at the healings they saw.  You can find out more about this study at Peter Kirk’s blog, Gentle Wisdom.

The ASA is not bothering to consider any factual research and testimonies into whether God can heal. It is easier for them to ignore it, otherwise they would have to agree that God can heal and I really don’t think that they have any intention of acknowledging what many people know to be true.