Home › Children & families › Will the Government keep its promise to protect our children online?

Will the Government keep its promise to protect our children online?

A YouGov poll in February 2011 found that 93% of Women and 73% Men (83% average total) felt that the ease with which pornographic content can be viewed on the internet is damaging to children.  However, only one of the top six UK Internet Service Providers (ISPs), TalkTalk, is willing to block pornographic content at network level.

In June 2011 Reg Bailey, the Chief Executive of the Mothers’ Union, carried out an independent review entitled ‘Letting Children be Children’ looking at the pressures on children to grow up too quickly.  His report produced a number of recommendations including making every customer make a decision at the point of purchase over whether they want adult content on their home internet, laptops or smart phones, rather than receiving it automatically.

David Cameron gave a strong backing to the report, but has not yet committed his government to legislation.  At a government hosted a summit in October 2011 the biggest four ISPs committed to introducing a code of practice forcing new customers to choose whether or not to install parental controls.  Whilst this is a move in the right direction, in the Government’s eyes it does not go far enough to address the issue seriously.  You can read the very promising letter summarising the summit by Sarah Teather, Minister for Children and Families HERE and keep up-to-date with the Government’s latest action on the issue HERE. 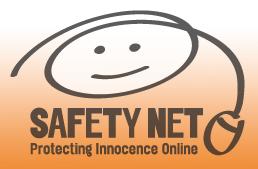 The Government has planned to review progress on the issue in October 2012.  In the meantime Premier Media Group who produce Christianity Magazine and run Premier Radio have launched a major new campaign entitled Safety Net: Protecting Innocence Online calling call on the Government to force Internet Service Providers to make accessing pornography an adult only opt-in service.

This is an issue that the Church needs to speak up on in order to put pressure on the Government to get serious with the ISPs and not let them get away with limited and ineffective changes.  Please visit the site to find out more and sign the petition.