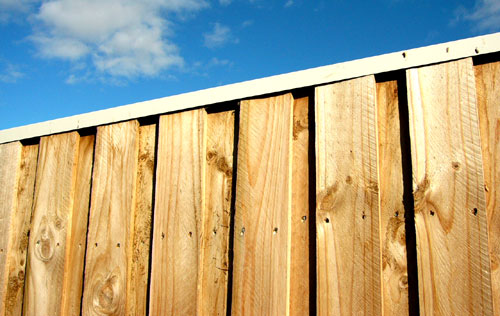 Someone asked me this weekend whether I was going to do a post on the current EU wranglings over the Euro and the British Government’s refusal to sign up to a treaty on greater fiscal integration.  This is clearly a contentious issue as can be seen from the anger stirred up on the other side of the channel at the outcome and Nick Clegg’s comments, saying that the veto was, “bad for Britain”.

I’d love to be able to say definitively whether this was a good or bad move, whether it was wise or foolish, but I can’t.  I can’t for a whole host of reasons; I’m not clued up enough on the fine detail of negotiations, I certainly wasn’t in the room when it happened, my understanding of macroeconomics is quite limited and I don’t know what the consequences of the decision will be.  If the answer was simple, someone would have made the case by now, but as it is no one knows what the outcome will be.  Short of God giving me a divine prophecy, I’m not going to be able to add anything of any real value to the debate.  That’s not to say I don’t care or have an opinion.  I care a great deal about the prospects of the Euro collapsing and many people suffering as a result.  My gut feeling is that the British government made the best decision, but it’s not based on hard evidence.  Only time will tell.

The point is that Christians and the church need to be wise in their decisions over when to engage forcefully in political dialogue and when to leave the politicians to get on and do the job we elected them to do.  If the church was constantly lobbying the government over every single issue, it would do more harm than good.  The politicians would get fed up, the media might find it interesting at first, but they would soon lose interest.  When something did come up that the church needed to make a strong stand for or against, the impact would be considerably less effective and there would be much more chance of it being ignored.

Contrary to what some Christians might believe, we don’t have all the answers.  We have our areas of specialism, so to speak, in morals, justice, mercy, humility, compassion and so on, but can the church really address the government and tell it how to run its fiscal policies in detail?  We should always be in a place where can offer a biblical perspective.  Usually this will be on the overarching issues that provide a Godly framework on how to live and treat people.  Jesus has a great deal to say about money.  He quite clearly talks about the dangers that a love of money brings (take the parable of the rich fool for example), but he also discusses the benefits it can bring if used effectively (the parable of the shrewd manager is worth pondering on).  The Church can apply His teachings by encouraging the government to protect the most vulnerable and poor in our society and make sure the rich don’t take advantage of their privileged position.  However, Jesus did not give direct advice on what levels income tax bands should be set at, and we probably shouldn’t either, unless we’re employed to do so.

I don’t think the church in the United Kingdom could often be accused overstepping this mark.  Usually the opposite is the case.  The same cannot be said of religion and politics in the United States.  I’m still trying to get to grips with this issue in the US, but what I’ve read and heard isn’t great.  Jim Wallis is a very well known Christian and political activist in the US.  He has described in his book, God’s Politics how religion has been mixed up with the partisan politics of the US.  The Religious Right have dictated the conversation about religion and politics with a very narrow agenda whilst the secular left has been uncomfortable even discussing moral values.  Religion and politics have become very back and white and the Right’s interpretation of biblical values can look very inflexible and harsh from an outsider’s point of view.  Religion has tried to dictate politics to serve its own limited agenda.  It has wanted to interfere with the detail and process, causing all sorts of division and in some cases not actually benefiting their society at all.

We should be thankful that in the United Kingdom all of our main political parties have strong Christian groups and professing MPs.  We seem much better than our US cousins at understanding that Christians can have a range of political viewpoints whilst (hopefully) agreeing on the fundamentals of our faith.

So this brings us back to the title of this post: Christians need to be happy to sit on the fence.  This means being able to hold in tension different viewpoints and weight them up with God’s wisdom.  We need to know when to stay on the fence and allow things in politics to take their own course and when to get off the fence and enter the battle.  The more we understand our own beliefs the easier this becomes.  We need to have confidence when we are speaking on God’s behalf but also not turn our own opinion into God’s when it is not justified.  Above all we need to pray for wisdom in order that we can hear God’s voice more clearly, but also for our politicians to make the right decisions when the way forward is not clear and the issues are complex.

When you sit on the fence you get a better view of all that’s going on around you than if you’re on the ground, but if you don’t pay attention to what’s happening down below or never get off the fence then you’re no use to anyone.

Like Loading...
‹ Reflecting on the English summer riots: God’s justice
Can the Church do anything about youth unemployment in our country? ›